Main organizer of the conference in Romania was ARTS, a member of Euralarm. More than 200 visitors, including professionals in risk assessment and standardization as well as company representatives and local authorities such as the mayor of Bucharest, ministers and the Politechnic institute of Bucharest chairman attended the conference.

Smart cities are currently a very important topic for Euralarm. According to a report by Frost & Sullivan they are expected to spend 1560 billion USD worldwide by 2020 on their smart infrastructures. These investments will be paid by taxpayers and by the users of these infrastructures. In addition, the increasing challenges coming from urbanization, demographic changes and environmental damage, need to be addressed urgently and all have an effect on the safety of the European inhabitants. Another reason is that, although some activities related to Smart Cities have been initiated, most of them have a very narrow scope and only focus on digital technology solutions, primarily for energy optimization and mobility. Many relevant functions are however neglected, such as political stability, environment and most importantly for Euralarm safety, security and resilience.

Safe and secure cities allow their stakeholders to plan and to function with a minimum of disruptive events due to crime and natural or man- made disasters. Some examples of these stakeholders and their needs are: citizens want lively and livable cities, enterprises want cities where their business can prosper and critical infrastructure operates want to deliver their services. Resilience is also a necessity, because it is about making cities better, for both the short and long-term. According to Enzo Peduzzi, Euralarm believes that cities without resilience cannot be truly smart. Euralarm defines City Resilience as the capacity of individuals, communities, institutions, businesses, and systems within a city to survive, adapt, and grow no matter what kinds of chronic stresses and acute shocks they experience.

Euralarm adds that the following facets, amongst others, are required to create truly safe, secure and resilient Smart Cities:

The holistic approach that Euralarm calls for requires safety and security solutions to be offered across all critical urban infrastructures, addressing the respective needs of those in charge and those the systems serve: municipal authorities, first responders and populations dependent on a functioning urban system. Only when the interconnected flows of people and goods, energy and data that characterize smartness are functioning efficiently and securely, the value of Smart Cities can be fully realized.

The request of Euralarm to include safety and security in all smart city concepts was well accepted and echoed by many of the participants and presenters during the conference in Bucharest. It was also recognized that it requires specialists as represented by Euralarm to realize this. The city officials present during the conference particularly appreciated Euralarm’s call for independent and transparent KPI’s as given by international standards like ISO 37120.

Liviu Mateescu, President of the Romanian Association for Security Technique (ARTS), took the opportunity to present the PEARS concept. It is the second time when the PEARS project is presented in Romania. The project has learned that fire and security products not only can but also should be integrated into public alert systems. The extensive installed base could be easily upgraded to receive alert signals which could be utilized to activate audible and/or visual warnings. More sophisticated systems can convert public alert messages into intelligible voice messages or display the same message on PCs. Integrating existing safety and security systems into a public alert scenario could be a cost effective and rapid alternative to reach large parts of the population.

Euralarm, as the leading European trade association for electronic fire safety and security systems with its long experience in alarm management, proposes the following actions to increase the effectiveness of public alert scenarios:

Therefore Euralarm urges the European Union and all national stakeholders involved in developing public alert systems, to cooperate and share experiences, in order to safe costs in developing, deploying and maintaining the systems. Since unfortunately catastrophes do not stop at the border between two member states, standardization is the key to create a truly European Public Alert System and Euralarm is calling upon CEN/CENELEC and the European Union to support the industry in developing appropriate standards. 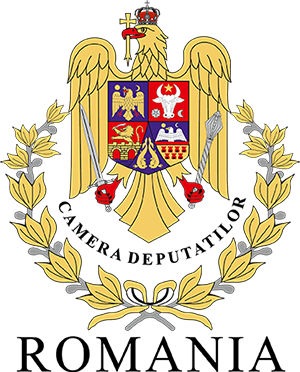